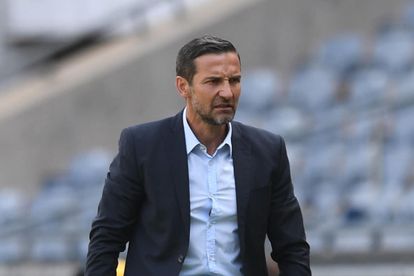 Josef Zinnbauer has officially resigned as head coach of Orlando Pirates with immediate effect, the club said in a statement on Monday.

According to the club, Zinnbauer tendered his resignation following Pirates’ early exit from the MTN8 where they lost to Swallows on Saturday.

Zinnbauer, in his own words after resigning, thanked the Dr. Irvin Khoza, the management and the Pirates supporters for the opportunity they gave him.

“I would like to thank the chairman and management for the opportunity they have given me,” he said.

“Unfortunately, my time at the club has come to an end. I have enjoyed my time here and would also like to extend my heartfelt gratitude to the supporters,” he said.

Zinnbauer leaves Pirates having been in charge of 68 competitive matches since his arrival in December 2019.

He guided Pirates to 35 wins, 20 draws and suffered 13 losses during his tenure as head coach.