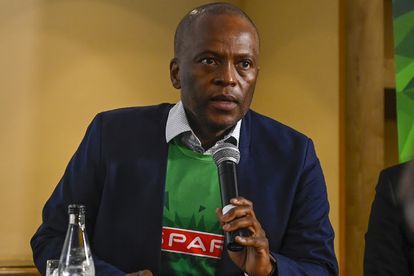 AmaZulu have finally confirmed the sacking of Benni McCarthy as their head coach on Friday afternoon.

News broke earlier this morning that AmaZulu had parted-ways with coach Benni McCarthy although unconfirmed.

McCarthy has not had a terrific season with AmaZulu last season, McCarthy has failed to reach the same heights with the team this season.

McCarthy joined an AmaZulu side that was starring at the possibility of relegation when he arrived in Durban in 2020. He was quickly able to get the buy in of the players in the squad, and the unity he seemed to breed within the camp, worked in his favour as the team started picking up very impressive results.

That same dressing room he had seemed to unite, however, he seemed to divide as there have been multiple reports that he had become a less popular figure within the club’s dressing room. As recently as yesterday, there were reports that AmaZulu chairman Sandile Zungu had warned McCarthy to start taking accountability for the results and the situation at the club.

According to iDiskiTimes  earlier, McCarthy was summoned to a meeting by AmaZulu on Friday morning, where he was effectively relieved of his duties by the club. The club are yet to make an official statement on the matter.

“That’s absolutely correct, although it’s premature because we were going to release a media statement, but it’s true,” Zungu said when quizzed on whether AmaZulu had indeed fired McCarthy by the SowetanLIVE.

Zungu then gave a hint of why McCarthy was fired.

“Benni did a fantastic job from the time he came into the team. He took the team from a very low position in the previous season to the top two finish. He also led the team to the Caf Champions League group stages, but it’s true that the performance overall this season has been very mediocre in comparison to what we were beginning to be accustomed to at AmaZulu.” Concluded.

This marks the second time McCarthy has been fired without finishing a season, having suffered the same fate at Cape Town City