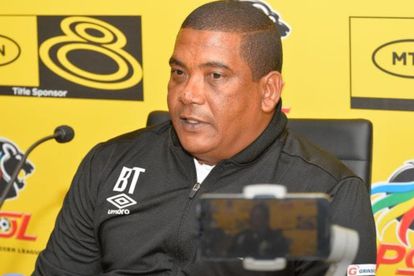 AmaZulu coach Brandon Truter says there won’t be one team dominating in the DStv Premiership this season due to too many matches being played by teams in a short space of time.

The fixture congestion comes as a result of the 2022 Soccer World Cup which is set to take place from 20 November to 18 December. During that period leagues will be paused to allow the competition to take centre stage.

Mamelodi Sundowns have been dominating domestic football for more than five years now and they are aiming for the sixth consecutive league title.

A SEASON UNLIKE ANY OTHER – TRUTER

“The stats are there – against Cape Town City we ran [an average of] 15km [per player] and in the previous game we ran 12km. We run that distance on every third day.

“We are dealing with humans, not machines. They will break down, they will pick up injuries. Now you have the first XI that is running away with game minutes and what about the rest of the squad. We have to manage that as well.

AmaZulu will host Chippa United in their next DStv Premiership match at the Moses Mabhida Stadium on Saturday, 10 September.