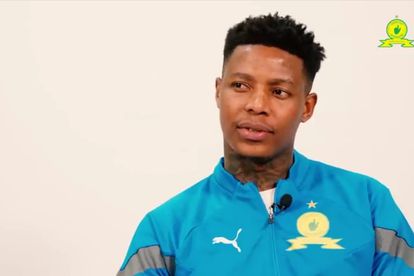 Mamelodi Sundowns midfielder Bongani Zungu has shared his thoughts on the standard of football in the Premier Soccer League.

Zungu, who shared the tunnel with the likes of Neymar, Angel Di Maria and Kylian Mbappe in Ligue 1, is worth listening to.

‘Ben 10’ returned to South Africa and rejoined Mamelodi Sundowns at the start of this season.

He says the standard of football in the DStv Premiership is now better than what it was during his first stint with Bafana Ba Style.

ALSO READ: PROFESSOR NGUBANE ON BAFANA BAFANA: ‘WHY ARE WE PLAYING PUNCH BAGS?’

ZUNGU – ‘THERE’S NO PARKING THE BUS’

“The game, seeing how players have developed,” Zungu told Prime Sports with Mahlatse and Co.

“You see Teboho Mokoena at Sundowns, his physique, the game is much more faster, there is a lot of talent, so it has changed.

“Look at SuperSport United, they have got some quality players, they run and fight.”