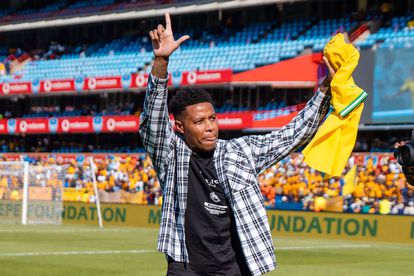 Mamelodi Sundowns midfielder Bongani Zungu has revealed what made him resign for the Tshwane giants after parting ways with Amiens SC.

The Duduza-born midfielder signed for Masandawana at the start of the season, reuniting with the club he left in 2016 for Victoria de Guimaraes in Portugal.

‘Ben 10’ as he’s affectionately known, has made five appearances in all competitions to date.

He says Sundowns’ consistent appearances in the CAF Champions League influenced his decision to reunite with the club.

ZUNGU – SUNDOWNS AMONGST THE BEST IN AFRICA

“Before re-signing with Sundowns, I thought about what I wanted to achieve, and the CAF Champions League is something that influenced my decision,” Zungu said as per KickOff.

“The fact that Sundowns is amongst the best football clubs in Africa competing to win the trophy gives me hope that I will achieve my goal.”