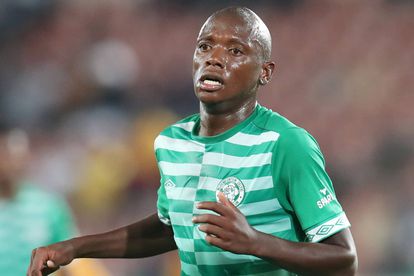 Golden Arrows will go in search of consecutive wins when they travel to Bloemfontein Celtic on Sunday. Kick off is at 15:00.

In front of a partisan crowd, Abafana Bes’thende will look to build on the 1-0 win against Maritzburg United on the opening weekend.

In contrast, Phunya Sele Sele lost a 3-1 against Orlando Pirates in Soweto on the opening weekend. Celtic’s consolation goal was netted by Mzwanele Mahashe.

Despite the defeat, head coach Lehlohonolo Seema is positive about what the future holds for the Free State club.

“I think you could see in the first half [against Orlando Pirates], we were not that sharp,” said Seema.

“Even before their first goal, we had two chances we should have finished in our sleep. I still believe the future is good for this side. We’ll go back and work, especially up front.”

Arrows coach Steve Komphela was full of confidence heading into the fixture.

“The result was a great start to the season after coming out of six weeks of pre-season preparation. We had five debutantes in our team, who performed well on the day,” said Komphela.

“A great start to the beginning of the season. We look forward to our next match against Celtic in Bloemfontein,” he concluded.

Prediction: It’s a tight call, Arrows are favourites to win, but only just. To be safe – a scoring draw is probably a good bet.