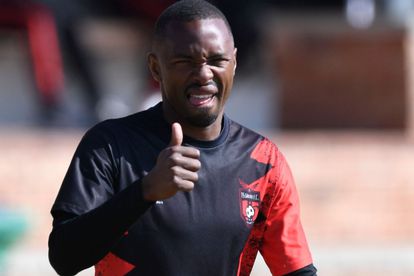 TS Galaxy forward Bernard Parker has opened up on scoring against his former side Kaizer Chiefs in their DStv Premiership match at FNB Stadium on Wednesday evening.

The 36-year-old started on the bench before coming on in the first half for the injured Lefa Hlongwane.

ALSO READ: ROMAIN FOLZ: KAIZER CHIEFS ARE NOT BETTER THAN US

Explaining why he didn’t start the game, Parker says the coach kept him on the bench as a “secret weapon”.

PARKER ON HIS RETURN AT FNB STADIUM

“It’s nice to be home, I would say. It was a bit emotional but I am professional and I came here to do a job, and I think I did well together with the team,” Parker told SuperSport TV as quoted by KickOff.

“I would say that we pushed, and we had a chance and the possibility to come out with a win, but we’ll take the draw and all the positives out of this match.

“I wanted to start the match. I worked hard during the week in the build-up to match and I wanted to start, but the coach said to me he’s got a different plan and that he wanted me to be a secret weapon, so I understood and I sat on the bench with fire in my tummy.

“Coming on, I’m glad I made an impact with the equaliser and from then on, I think as a professional, as Bernard Parker, with what I’ve done here at FNB, all the memories came back and it was just a joy. I enjoyed my game and I think I played my part for the team.”