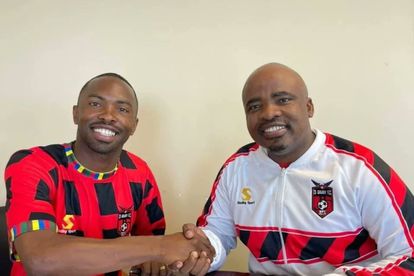 After spending more than 10 years at Chiefs, Parker former part of the club’s mass exodus that kicked off their window of change.

Chiefs released a whole host of players, some who formed the nucleus of the side for years and had become senior players who were synonymous with the club. Among those players was Parker, who even after his more than a decade service to the club, finished his career at Naturena often on the receiving end of fan abuse, with supporters often calling for his release from the club.

The club duly obliged as they released Parker as part of their rebuild. After training with SuperSport United under the watchful eye of former coach Gavin Hunt, the veteran ended up putting pen to paper with Galaxy in an unexpected turn of events. Now even after finding a new home in topflight football, Parker has opened up on his exit from Chiefs, and dropping a bombshell over the circumstances of his exit from Naturena.

“It was a tough one [being released] because I didn’t expect it,” he said. And I had to accept that decisions in football aren’t only about football, they are also about what the club [hierarchy] is thinking and how they want to look at the future. So, me not being part of their plans, I really understand that it’s a holistic decision that was made and I accept it.” Parker said to Kick Off while reflecting on how he left Chiefs.

Parker played 359 matches for Chiefs and remains the club’s all-time leading goal scorer in the PSL era, having found the back of the net 62 times across all competitions during his 11-year stay at Naturena. He will now aim to prove his doubters wrong Galaxy.