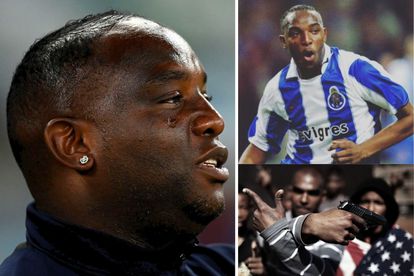 One day is one day. Benni McCarthy is open to coaching Kaizer Chiefs or Orlando Pirates one day if they give him an offer – WATCH THIS!

One of the Soweto giants could very well have McCarthy in charge in the future. This is a dream of every Amakhosi and Bucs fan.

Take it from the Bucs and Bafana Bafana legend himself, who admitted he would accept an offer in the future, should it come.

READ | ARTHUR ZWANE TO GIVE DEBUT TO TALENTED CHIEFS STARLET

McCarthy played for the Bucs but supported Kaizer Chiefs growing up.

Therefore, both options have sentimental value to Benni and are strong possibilities in the future.

He is personally training the likes of Cristiano Ronaldo, Marcus Rashford and Bruno Fernandes. This is the biggest coaching honour in the history of SA football and who knows what else the future holds for McCarthy? Imagine what he could do with the Soweto giants when he comes back to Mzansi someday

Where would you like to see Benni McCarthy coach when he returns to Mzansi in the future – Chiefs or Pirates?

Let us know in the comments section below.