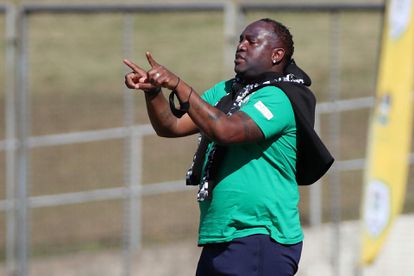 Benni McCarthy’s sacking on Friday by AmaZulu shocked the South African football fraternity with many asking ‘WHY’? Photo: Muzi Ntombela/BackpagePix

Benni McCarthy’s sacking on Friday by AmaZulu shocked the South African football fraternity with many asking ‘WHY’? Photo: Muzi Ntombela/BackpagePix

Benni McCarthy’s sacking by AmaZulu shocked the South African football fraternity with many asking ‘WHY’?

“Benni has voiced out his frustration over the course of two windows about his desire to bring in new players, because he felt the squad wasn’t fitting to the ambitions of the owners,” Moore said.

“Benni has become a victim of his own success, he pulled this team up from a relegation fight and led them to second on the league with just one addition to the squad, a player that came on loan from Cape Town City.”

READ | KAIZER CHIEFS: THREE PLAYERS ON THEIR WAY OUT OF NATURENA

Moore also spoke of McCarthy’s unhappiness at the club’s promises to club supporters of lofty achievements, but without wanting to spend to achieve those goals on the field.

“The club expressed their ambitions of wanting to challenge Mamelodi Sundowns for the league, but only signed one player that wasn’t a free agent, which was (Abbubakar) Mobara.

“AmaZulu wanted him (McCarthy) to build a team and promised the fans a competitive team that’s working their way up into the next level, but they didn’t put bullets in his gun,” Moore said.

Moore also hit out at reports that McCarthy’s dismissal was based on results – as suggested by the club.

AmaZulu are currently in ninth position in DStv Premiership standings with seven matches remaining. They have won five, lost four and drawn 14 league clashes this season.

Benni McCarthy only lost 24% of matches at AmaZulu

“AmaZulu’s best position before Benni came was eighth, for them to finish second was a fairytale,” Moore said.

“If we’re being honest and we analyse the revenue Benni and his technical team have brought in for the club, it’s ridiculous, they got R8 million alone from just playing the group stages of the CAF Champions League.”

AmaZulu finished 13th in the season prior to McCarthy’s arrival.

That means AmaZulu were undefeated in 76% of matches while McCarthy was in the dugout.

Good luck to whoever takes over at AmaZulu – you’re going to need it!