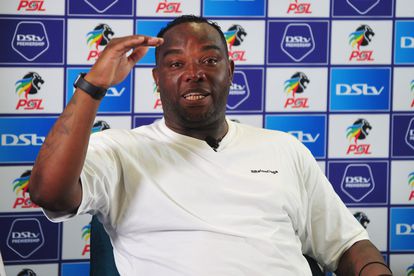 Amazulu coach Benni McCarthy is once again unhappy with the standard of refereeing after his side played to a 1-1 draw with Orlando Pirates.

McCarthy conceded that a draw was probably a fair result, however, he insists that Pirates first goal should not have stood.

The Amazulu coach asserted that Andre De Jong was fouled in the build-up to Deon Hotto’s opening goal of the match, .

Amazulu equalised just before the break but couldn’t craft a clear-cut opportunity to win the match.

McCarthy is happy with the character displayed by his team though and how his squad performed against a top side.

“I was genuinely convinced that it was a free-kick. The player never got anything of the ball. He took De Jong out and the referee waved play on. It was on the halfway mark of the pitch. And then straight from there one pass in behind and then they got the goal. So we all just felt that we were a little bit hard done by and a decision that went against you cost you the goal,” McCarthy told SuperSport after the game.

“We took it on the chin. And then we showed people the character, the resilience, the AmaZulu that we know. We don’t shy away from a fight. We don’t shy away from getting into the game and getting dirty. Getting our kit dirty because we want to work for the cause. We started playing the way we’re supposed to play. Creating a few chances.

“A draw probably a fair result. But I think the team that created the chances, you know we created far better clear-cut chances and you know if you don’t score that all important second goal then you’ve got an Orlando Pirates team that will keep coming at you until the last minute because they have a massive squad that they can rotate and I think the fitness team that they have that gets their team to the level.”