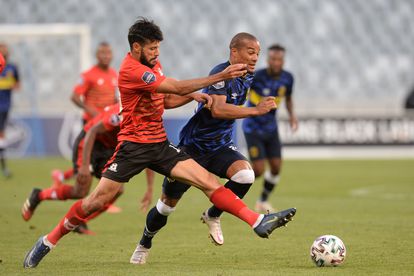 Cape Town City may have lost their star attacker Fagrie Lakay however they’ve been handsomely rewarded for the Bafana striker with Pyramids FC paying them a reported R15 million.

The 24-year-old striker has been in scintillating form for the Citizens this season with five goals and three assists in just 14 appearances. He also earned two more international caps last year.

“Cape Town City and Pyramids FC have agreed to terms over the transfer of South African international Fagrie Lakay.” the club announced via social media.

The Citizens have found an immediate replacement for Bafana striker Lakay who left the club to join Pyramids FC.

“Cape Town City is delighted to announce the signing of Venezuelan forward Darwin Gonzalez. Welcome to the PSL craque.” the club revealed following the departure of their Bafana star.

Lakay becomes the second Bafana striker to earn a move abroad after Maritzburg United’s Bongokuhle Hlongwane sealed a move to the MLS. The 21-year-old signed a three-year-contract with Minnesota during the current transfer window.