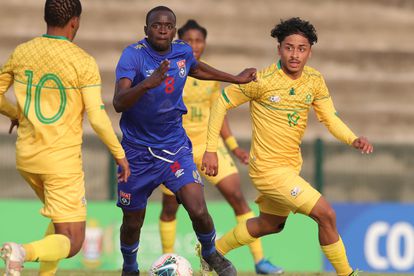 AmaZulu are set to complete the signing of Bafana Bafana star Ethan Brooks from TS Galaxy, according to the latest reports.

Brooks had been a part of Galaxy for three-years but is now believed to be on the move with AmaZulu said to be his next destination.

AmaZulu on a rebuild mission

AmaZulu are one of several DStv Premiership sides that are looking to rebuild ahead of the next season, having released up to 15 players recently. In a further statement of intent Usuthu have gone on to sign eight players, who are of a very high calibre and who also have experience in the league. They don’t seem to be letting up on their recruitment drive anytime soon, however, with Brooks expected to be announce as the ninth signing imminently, according to SABC Sport.

“SABC Sport has it on good authority that AmaZulu have signed midfielder Ethan Brooks from TS Galaxy, beating several reported suitors in the DStv Premiership.” Wrote their website.

Agent not confirming Brooks to AmaZulu

SABC Sport went on further to speak to the player’s agent Basia Michaels, who stopped short of confirming the move to AmaZulu, instead adding that there are still options beyond the country’s borders that they are exploring for Brooks.

“I think we all know that there’s been a lot of enquiries regarding Ethan (Brooks) and that remains the case. We’ve also discussed the possibility of exploring an opportunity in Europe apart from a number of interests in the PSL. We’ve not taken a decision yet,” said Michaels.

Still only 20, Brooks quickly became a favourite for Bafana Bafana coach Hugo Broos’ upon the Belgian’s arrival in the country. He became a regular feature in the national team midfield and gained trust for important games as well. He has sadly fallen out of favour with the national team off late however, but that is not expected to be a reason for panic at his relative young age.

The likes of Kaizer Chiefs, Orlando Pirates and Mamelodi Sundowns had also been credited with interest in Brooks’ services at some stage last season. It now seems, however, that it is AmaZulu who have made the decisive action of signing the player.