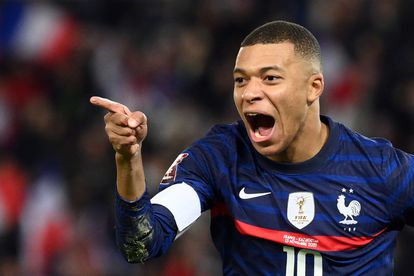 Bafana Bafana were trounced 5-0 by France in an international friendly match played in Lille on Tuesday night.

The game got off to a very frantic start as both France and Bafana Bafana knocked the ball around quickly in an attempt to get the fans excited.

Ronwen Williams pulled off a stunning save to deny Olivier Giroud from inside the Bafana Bafana box, tipping the ball over the crossbar after five minutes.

Kylian Mbappe the fired France ahead with a stunning goal from outside the box, leaving Williams with no chance after 23 minutes.

France doubled the lead, and it was Giroud who beat Williams, much to the delight of Les Bleus fans out in the stands after 33 minutes.

READ | NEW TWIST IN THE KAIZER CHIEFS AND PSL SAGA!

It was 2-0 at half-time, and Bafana Bafana needed answers and a better game plan in the second half.

Hugo Broos made changes to the team that finished the first half with Goodman Mosele making his debut for Bafana Bafana.

Giroud was presented with a golden chance to make it 3-0 to France but Williams pulled off another great save to keep Bafana Bafana in the game.

Mbappe was brought down by Siyanda Xulu inside the Bafana Bafana box, and the referee pointed to the spot.

Mbappe stepped up to take the resulting penalty, and he made no mistake as he completed his brace for the night after 76 minutes.

France were running riot as Ben Yedder easily netted the home’s fourth goal of the night after the Bafana Bafana defence was cut open.

Minutes later, Khuliso Mudau was shown a red card for a bookable tackle, and that gave France the numerical advantage.

There was still time for 22-year-old Mattéo Guendouzi to find the back of the net for France’s fifth goal of the night.

Ultimately, France walked away winners as Bafana Bafana suffered their second heaviest defeat since their re-addmision to international football in 1992.