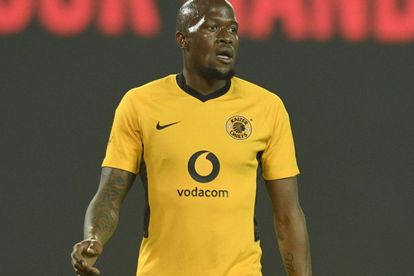 Kaizer Chiefs coach Arthur Zwane has given his thoughts on the performances of Sifiso Hlanti and Ashley du Preez who returned from injury in Sunday’s MTN8 quarter-final against Stellenbosch FC.

Amakhosi won 4-3 in the penalty shootout to progress to the semi-finals.

Having missed three matches, Du Preez scored the leveler against his former side to make it 1-1 before the game went into extra-time.

Meanwhile, Hlanti had been out of action since November 2021 having suffered a long-term injury and Zwane was impressed with the “balance” he brought in the left-back position.

“The cup game presented us with an opportunity to have a look at a player like Hlanti, who has been out of the game for quite some time now, but I’m impressed with his performance,” Zwane said via the PSL media department.

“I think he did very well; he gave us that balance because that was the balance we were looking for as we were playing Reeve [Frosler] on the left though he is a right-footed player with the ability to use his left foot. At least we had that balance even though we are still lacking in some areas.“

“We also welcomed back Du Preez after missing about three games, and you could see he was a bit flat because of fitness and we were also worried, as much as we played him, but we were also cautious because we didn’t want to break him again or see him get another injury, so we tried to manage him.“

In other news, Zwane has heaped praise on Itumeleng Khune after his heroic performance in the MTN8 quarter-final against Stellies.

The veteran 35-year-old ‘keeper made a return to Amakhosi’s starting line-up for the first time in over a year following calls for his return.

Khune made two saves during the penalty shootout helping his side to go through to the semi-finals.

After the match Zwane was full of praise for the club’s captain, but added that the former Bafana Bafana skipper still has to elevate his game.

“Like I said we really want to create competition in our departments,” Zwane said after the match as quoted by iDiski Times.

“That’s why we gave him the opportunity today an he grabbed it with both hands.

“Yes, he still has to up his game and he did very well today. Hopefully he can keep it that way.”