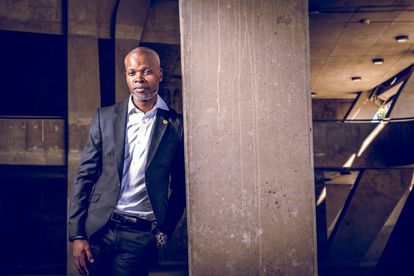 Earlier this season, Stuart Baxter was let go after an unsuccessful second stint at Chiefs, with Zwane stepping up as interim coach along with Dillon Sheppard.

Notably, though, there were signs that things were beginning to turn in the right direction for Amakhosi during the month of May. After a 1-0 win over Marumo Gallants at the start of this month, Chiefs also claimed a draw with Sundowns, defeated Sekhukhune and then drew with Swallows to move up to fourth spot on the PSL log – just two points adrift of second-placed Cape Town City.

Zwane has already mentioned that some players need to be cut from the team, while hinting that many new recruits will be brought in before next season as Chiefs look to return to their former glory days.

Now, at a media briefing at the FNB Stadium on Thursday, Chiefs first revealed there would be a “massive club announcement”, and then duly confirmed that Zwane will be taking on the top job permanently on a three-year deal.

Meanwhile, it was also revealed that Sheppard will serve as Zwane’s assistant.

Zwane, who also enjoyed an illustrious playing career at Chiefs, has shared how much it means to him now that he has officially taken up the top job at Amakhosi.

“I have always been saying to those close to me… I told them eight years back that I’m working hard and spending sleepless nights to be a head coach that will be out to make the team win and not just to add numbers,” said Zwane, as quoted by KickOff.com.

“One of the reasons I wanted to play for this team as a player was because of the winning culture and mentality. That is what inspired me and made me work hard to wear this jersey as a player. That was a dream come true.

“Here I am today. There are people seated here who know that I told them that one day I will be the head coach. I knew that there will be challenges. Every setback was a wake-up call and here I am today.”

It’s clear that Chiefs are already looking to rebuild their squad to be more competitive next year, and after having signed Siyethemba Sithebe from AmaZulu on a pre-contract as well as Zitha Kwinika from Stellenbosch, reports also suggest Amakhosi are closing in on Yusuf Maart, while Stellenbosch’s Ashley du Preez is expected to head to Naturena as well.

Recently, Zwane highlighted his familiarity with the workings of the club as a big plus factor in his favour.

“We are going to bring in new players who don’t know the set-up, the environment and the pressure that comes with the responsibility of playing for this club.

“Also, the person who will come in doesn’t know so many other things. Kaizer Chiefs is a beast, it is not just another club, it needs someone who knows it very well. If the opportunity is granted, I will grab it with both hands and make sure we bring the glory back.”