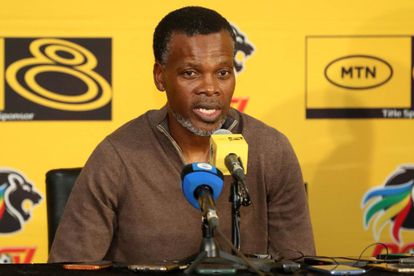 Amakhosi’s hope to end a trophy drought vanished once again after Usuthu eliminated them through their away goal advantage as they had scored in the first leg that ended 1-1 in Chiefs’ backyard.

‘10111’ also missed an opportunity to get to his first cup final as a head coach after he was appointed before the start of this season.

Zwane refused to criticise his charges, saying they left it all on the field.

“The goals we missed in Johannesburg, they came back to haunt us,” he told SuperSport TV as quoted by iDiski Times.

“Remember the number of clear-cut chances we created [in the first leg], we couldn’t take one [more], only scored one. We could’ve scored at least two or three goals coming here to Durban.

“It would’ve been a different ball-game all together. Unfortunately we didn’t take those chances and it came back to haunt us.

“They were just playing to buy time, at the same time they were dangerous because people were slowing the game down and increase the tempo all of a sudden.

“We just needed a goal against the run of play but unfortunately we couldn’t get one.

“I can falter the boys performances, they tried their level best and it was not easy, it was not meant to be.”

Ahead of the Glamour Boys lies a tough fixture in the DStv Premiership against Orlando Pirates on 29 October 2022.

The match will take place at FNB Stadium at 15:30.

Who’s worth more? Natasha Thahane’s net worth vs Lorch