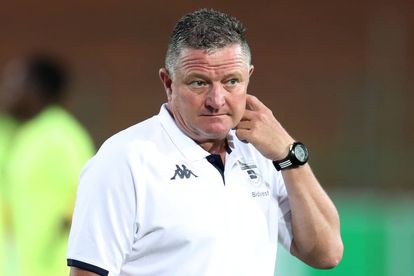 Wits have been champions once and top-three finishers four times in the past six seasons. Gavin Hunt has won four league titles, three of them at SuperSport, so the Johannesburg side should be considered title challengers. Yet, they aren’t often spoken about like that.

AmaZulu, meanwhile, finished the last season in 11th place on the league table after suffering a 3-1 defeat to Bloemfontein Celtic.

Coach Cavin Johnson, who is expected to guide the team to at least a top-eight finish in the new season, has kept his job and he will get the first chance to repay the faith this weekend.

Usuthu will meet Wits at the King Zwelithini Stadium on Saturday.

AmaZulu vice-captain and midfielder Nhlanhla Vilakazi knows exactly what to expect from the Clever Boys in Durban.

“We all know that Wits are a very physical team,” Vilakazi said.

“We are expecting them to come out guns blazing playing their usual style of play which is playing through long balls but we are prepared for them.”

“Wits is a very good team, among the best in the league,” Zwane said.

“This coach (Gavin Hunt) has won almost everything as well. They have won the league before, so yeah we can still win it again.”

It’s a tough one to call – AmaZulu are only just predicted to win. The draw follows as a close second but a win for Wits isn’t  out of the question either.

Note: We endeavour to ensure that statistics are as accurate as possible. However, the nature of record keeping and South Africa’s Premier Division allowing for the renaming of a PSL franchise might sometimes lead to in accurate figures. We will amend these as soon as they are noted.