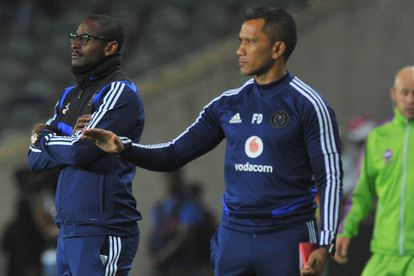 Fresh off a Cup defeat against  Highlands Park and stuck in the middle of the controversial resignation of their coach, Orlando Pirates now have another challenge to contend with.

While AmaZulu’s form has not been great in this season’s Premiership, the Bucs have historically struggled to win against them.

They still hold the upper hand outright, but the draw has been the most common result when these two sides have met.

And while Usuthu might be pointless at this stage of the season, midfielder Siyethembe Sithebe remains confident that they can secure their first win of the season against Pirates.

“We all know that Orlando Pirates are a team that likes to run, they move a lot, we will have to catch them on the counter-attack and exploit the spaces between the midfielders,” Sithebe said.

“I’d say that we still have time to catch up and gain points, we have to keep working hard to win the upcoming games because the league is very unpredictable.”

For Priates’ caretaker coach Rulani Mokwena, this is a chance for redemption.

“At this moment we’ve had to do a lot of analysis, use video to improve the team and cover some of the cracks in the interim,” Mokwena said.

“But keep on working to try and improve; work on the players’ confidence because the most important thing is to bounce back and help these players to continue to believe in themselves and believe in the way we have been playing.”

Prediction: In context, this is suddenly a tricky fixture to call. It might very end up being yet another draw, but we suspect it will be a scoring draw.