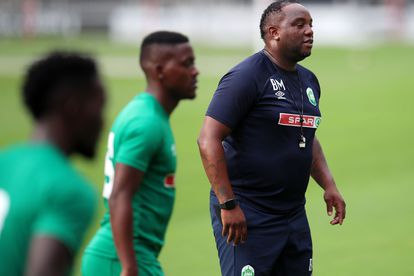 Amazulu have braced themselves for a frustrating January transfer window with the club expecting to have offers rebuffed.

Usuthu have conceded that their top targets are players unlikely to be allowed to leave by their struggling clubs.

Can Amazulu bring in the players they want, only time will tell.

Amazulu not expecting a lot of signings in January transfer window

“I won’t mention names but there are a few players we’ve spoken to who their teams won’t release because they are struggling in the league,” Director Manzini Zungu revealed to KickOff. The struggle is real.

“They said they won’t release them now in the January transfer window because they are fighting for survival themselves.

“There are quite a few targets but we definitely won’t sign more than a handful.

“Remember we have a strong team, we have determined players, they’ve had a bad patch of successive draws, but they are intent on proving everyone wrong and they are working hard in training, it’s just that lady luck had turned her back on them.

“The current crop is a group of gifted young men that need our support, so we will just strengthen because we had injuries, so maybe we need to strengthen the team to ease the pressure.

“So we strengthening for different reasons but it won’t be a handful.

“I won’t say either which positions, but all the areas in the team are subject to review.

“We want a balance in the team and everyone knows that at AmaZulu we like building from the back, everyone knows AmaZulu enjoys high-press, so whoever we bring in it got to be a player who is suited to that style of AmaZulu.”

The need to reinforce

Amazulu are eager to bolster their squad with the Caf Champions League group stage awaiting them from February and their league campaign not going to plan. However, it doesn’t look good.

Star midfielder Siyethemba Sithebe is also expected to depart the club in January to complete a dream move to Kaizer Chiefs.

REMINDER: Here’s when you can collect your SASSA grant in January

Petrol and diesel prices: How much you’ll be paying from midnight on Tuesday