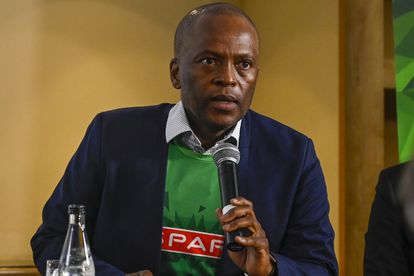 AmaZulu FC boss Sandile Zungu and his colleague Vusi Mvelasi have reportedly revealed that they have been politically targeted by individuals who have been attempting to seduce them using girls offering sex.

As reported previously by The South African website, Zungu is set to run for the chairperson position at the KwaZulu-Natal ANC elective conference later this month.

Others in the race are current Premier Sihle Zikalala, Finance MEC Nomusa Dube-Ncube and Secretary of the ANC in KZN Mdumiseni Ntuli.

Zungu is one of the country’s most prominent businessmen.

He married Nozipho Magubane in a lavish wedding ceremony in the KwaZulu-Natal Midlands in late June.

According to the Sunday World website, the glittering wedding was attended by the who’s who of politics, business and showbusiness, including billionaire CAF boss Patrice Motsepe.

Zungu suffered tragedy in 2016 when he lost his wife Zodwa to cancer. The couple had three sons and a daughter.

Zungu, who was educated at Hilton College and studied at both UCT and Harvard in the United States, is the owner of Zungu Investments Company (ZICO).

In 2020 he bought AmaZulu FC from Dr Patrick Sokhela.