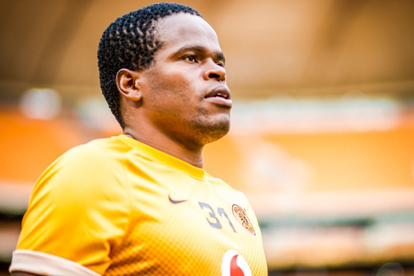 According to KickOff.com, Katsande was left traumatised after he was involved in a frightening hijacking on Tuesday in Johannesburg.

The incident comes just a year after the Zimbabwe-born former Chiefs player was injured after being assaulted during a road rage incident on the West Rand, which took place just after he had made the move to Sekhukhune United.

The latest incident happened is said to have taken place at Southgate Mall on Tuesday, with his vehicle eventually recovered in Eldorado Park.

Katsande confirmed to KickOff that he had been dragged along the ground during the hijacking, while stating that he had lost valuable personal and business property.

“I’m traumatised right now because of my previous road rage experience,” he said.

“I have been left with bruises because the three coloured guys who hijacked me in the parking lot at Southgate Mall dragged me on the ground.

“We were near Southgate Mall, I was standing outside the car, and my nephew was inside. Three men came to us with guns; they aggressively put me down. They dragged me on my knees on the tar; I have bruises from the dragging.

“I could feel the barrel of a gun at the back of my head and thought that was the end of my life. The other one pulled me with my private parts. It was a horrific experience.

“The car has been recovered in Eldorado Park but is badly damaged inside and ransacked of what was inside. This is a huge inconvenience considering that there was business property inside the car which will now affect the business.”

The 36-year-old has played for the Zimbabwe national team, as well as Ajax Cape Town, Chiefs and now Sekhukhune.