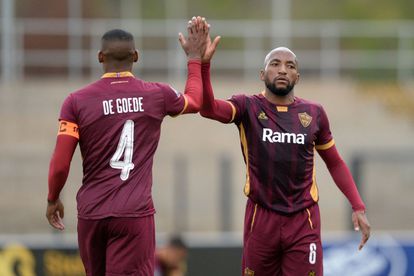 It’s been an up-and-down start to the season for Chiefs, and although there were several new recruits in the off-season, the squad doesn’t quite seem to have gelled as well – or as quickly – as hoped.

According to Phakaaathi, Stellenbosch star Sibongiseni Mthethwa has been identified by Kaizer Chiefs as a player they could look to sign in the next transfer window.

Mthethwa has impressed for Stellenbosch since making the move from Black Leopards, while he has recently even earned a call-up to Bafana.

“I think his showing for Bafana sealed the deal for him and Chiefs will definitely go for him in January,” the Phakaaathi sourced said. “I hear they might even offer one of their central midfielders to sweeten the deal which should not be too difficult as the two teams have a good relationship when it comes to transfers. It is him (Mthethwa) and a striker whose identity I do not know yet who are the main targets for the January transfer window.”

Let us know in this poll whether you think Chiefs should try snap up Mthethwa:

Meanwhile, on Sunday one of the standout players from the MTN8 semi-final first leg against AmaZulu was none other than Njabulo Blom.

Although there have been some apparent issues between the player’s representatives and the club management, which has led to talk that he could end up leaving Naturena, coach Arthur Zwane has said there are hopes that matters could be resolved.

“Unfortunately, these things do happen with people who represent them so I will leave the club to deal with it. I’m not that much worried; obviously, we want to see him on the field. He’s got the qualities; we know Njabulo since he was 15 years old, actually 14 years old when he came to Kaizer Chiefs. He’s doing well. Obviously as much as we looking for perfection, there will always be mistakes, and we can work on those mistakes.”

Chiefs already know that they will at least have to score in the second-leg against AmaZulu at Moses Mabhida on October 23rd, while improving their execution of opportunities.

The away goal means that a 0-0 scoreline in the second leg would be enough to see Usuthu into the final.