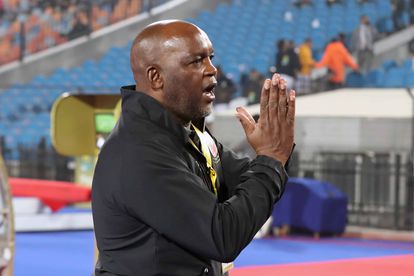 A 25 percent win rate in a tournament is not normally associated with Al Ahly of Egypt, the most successful club on the continent with 20 Confederation of African Football (CAF) titles.

But that is the disappointing Club World Cup record the Red Devils take into a quarter-final on Thursday against Al Duhail from host nation Qatar.

It will be the sixth appearance by Al Ahly in the annual competition and they desperately want to improve on having won just three matches of 12, losing the rest.

The low point came at the 2013 Club World Cup in Morocco as they were humiliated 5-1 by Monterrey of Mexico in the fifth-place playoff.

That was the third time Al Ahly finished sixth of seven clubs, with third and fourth places in the other appearances.

In 12 matches, Al Ahly could not even average a goal a game, scoring 11 while conceding 22, including five against Monterrey and four against another Mexican club, Pachuca.

Two of the three sixth-place finishes came with a team widely regarded as the most powerful since CAF club competitions were launched 57 years ago.

READ | PITSO MOSIMANE: I’VE NEVER BEEN SO ANGRY SINCE ARRIVING IN EGYPT

Al Ahly reached four consecutive CAF Champions League finals from 2005, winning three and suffering a shock loss to Etoile Sahel of Tunisia in the other.

Abou Trika, who retired after helping Ahly become champions an eighth time in 2013, is widely regarded as the best African never to win the CAF Footballer of the Year award.

As Al Ahly seek redemption this week in the Middle East nation that will host the 2022 World Cup, so will their South African coach, Pitso Mosimane.

He guided Mamelodi Sundowns to the 2016 CAF Champions League title, a feat achieved only once before by a South African club.

But the Pretoria outfit came up short at the Club World Cup in Japan, falling 2-0 to Kashima Antlers from the host nation in the quarter-finals and 4-1 to Jeonbuk Hyundai Motors of South Korea to finish sixth.

While Mosimane dreams of a semi-final showdown with Bayern Munich, the former international forward must first plot the downfall of a Duhail team he considers “very strong and dangerous”.

“They have good defenders like Moroccan Medhi Benatia, who once played for Juventus, and some sharp Brazilian forwards,” said the first sub-Saharan African to coach Ahly in their 114-year history.

“A lot of our supporters are already talking about Bayern and their stars, but we can play them only if we get past Duhail, who are just as ambitious as us.

“I told my players that every Egyptian will be supporting us because we are here to represent all of them. We are also in Qatar to wave the African flag and I have received best wishes from many South Africans.”

In the other half of the draw, Ulsan Hyundai of South Korea and Tigres UANL of Mexico meet, with the winners tackling Palmeiras of Brazil in the semi-finals.