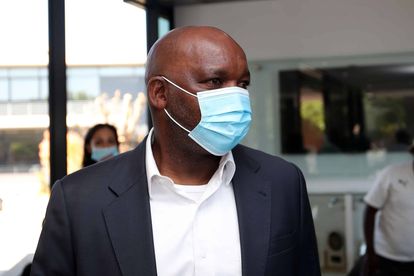 Al Ahly head coach Pitso Mosimane believes the pressure will be on Bayern Munich when the two sides face off in the semi-final of the FIFA Club World Cup next week.

The Red Devils of Egypt set up a date with the Bundesliga giants with a 1-0 win over Al-Duhail on Thursday night.

And Mosimane said Al Ahly players will go into the encounter to have fun as they have nothing to lose against Bayern.

“Bayern has got pressure; they must beat us. We don’t have pressure. So, we are going to have fun,” said Mosimane told the media.

Quiz: Answer ten simple questions and you could win R1000 in cash

“Against Bayern Munich we should have fun I think. We have nothing to lose but everything to gain.

“It’s a very difficult match to go and win, against a big team who are champions, who have won the Cup, the league and they’ve lifted the Champions League,” he added.

On the other hand, Mosimane feels everyone’s life would change if Al Ahly pull the unthinkable on the defending UEFA Champions League champions.

But he maintained that his charges have no pressure to deal with ahead of what promises to be an exciting affair.

READ | Will South Africa ever produce a coach like Al Ahly’s Pitso Mosimane?

“Imagine we win that match our lives would change,” said Mosimane.

“Okay, we did the same in Africa, we won the treble but they’re Bayern. They’ve got pressure because they’re expected to beat us where we don’t have pressure,” he concluded.

Al Ahly’s win over Al-Duhail was Mosimane’s first at the Club World Cup.

While in charge of Mameodi Sundowns, Mosimane suffered two defeats in his first appearances at the world’s prestigious tournament.