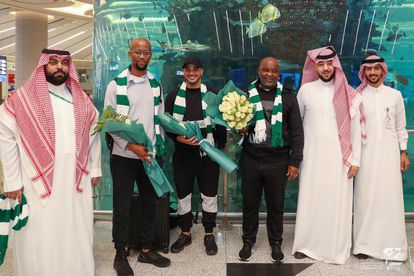 Mosimane has finally linked up with Al-Ahli Saudi FC on a two-year deal, which is his first full-time coaching gig since leaving Egyptian powerhouse Al Ahly.

It’s yet another high-profile overseas role for Mosimane, who challenged other South African coaches to improve their work ethic in the search for coaching roles.

“Sometimes I speak to somebody and I say, ‘I’ve been in a country and I know the President of the Federation, do you want to go?’ and they ask ‘how much do they pay? I can’t go and leave my family for that’,” Mosimane said, as quoted by SoccerLaduma.

“I’m leaving my family, I leave my children, my boy is now growing up. Somewhere, somehow, that is the mentality. We also want soft life as coaches. You can’t tell you don’t have a job but you are not coaching, and we need coaches.”

Al-Ahli Saudi FC have played five matches to date in the 202/23 season and find themselves in seventh place after two wins, two draws and a defeat They will travel to face eighth-ranked Jeddah on Wednesday, 5 October. Kick-off is at 19:15 (SA time).

Last week, Mosimane admitted that taking the Saudi offer with a second-division team was a bit of a risk, but that he was excited to continue trying to “break barriers” and get out of his “comfort zone”.

Interestingly, Mosimane has revealed why it would be virtually impossible to bring any South African players with him to Al-Ahli Saudi FC due to the market value the clubs price on certain players, which sometimes surpassed R30 million.

“The South African market is not an easy one. The teams expect a lot of money. That’s the challenge. The transfers are big here, people expect R30 million, R40 million and players don’t move. Clubs (in South Africa) ask for money they deserve and you can’t argue with that.”

After fending off numerous other offers that were presented to him, Mosimane’s agency MT Sports has provided a lengthy statement explaining why this was seen as the best project, describing him as a ‘turnaround strategist’.