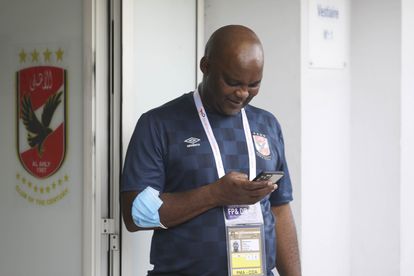 Johnson, as reported by The South African website, is heading back to South Africa where the head coach job at Orlando Pirates – or an advisory role at the Buccaneers at the very least, awaits the 62-year-old.

According to Egyptian publication KingFut, Pitso Mosimane’s next assistant will not be South African with the reigning CAF Champions League champions reported to be in negotiations with former Egypt midfielder and current El Gouna FC coach, Reda Shehata.

It is understood that both Mosimane and Al Ahly’s hierarchy are admirers of the 40-year-old Shehata.

In the three matches that Mosimane has come up against Shehata during his time in North Africa he has only managed to get the better of him on one occasion with the other two matches ending in draws.

Mosimane will be looking to finalise his technical team as soon as possible with their next match – a CAF Champions League second preliminary round first-leg clash against Niger’s Union Sportive Gendarmerie Nationale – scheduled for Friday, 15 October.