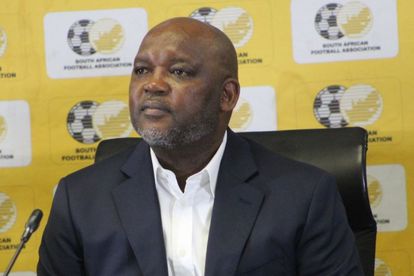 The three time CAF Champions League winning coach Pitso Mosimane has confirmed that he has offers but is still weighing up his options. – Photo: Facebook – Soccerzela

The three time CAF Champions League winning coach Pitso Mosimane has confirmed that he has offers but is still weighing up his options. – Photo: Facebook – Soccerzela

Three-time CAF Champions League winning coach Pitso Mosimane has confirmed that he has offers, but is still weighing up his options.

Mosimane, who parted ways with Al Ahly in June, has recently completed CAF Pro Licence which adds to his already decorated curriculum vitae.

The former Mamelodi Sundowns mentor says he wanted a ‘sabbatical’ before going back to the dugout.

‘OFFERS ARE THERE’ – MOSIMANE

“We always have offers, the hold was for me to take a little bit of a break,” Mosimane said as per SABC Sport.

“To be honest I needed that break. 21 years-I’ve always spoke about the sabbatical that I never took now I got my chance and eeh I don’t know, I feel good, I feel happy to be home.

“The feet will always itch, but eeh also there must be a right project. You just don’t leave the team that you know you will go to the Champions League final with and you’ve done it three times in a row, that will take you to the World Cup, that will have you to mix with the Bayern and to mix with the Chelsea and all that, it’s another level. You don’t just leave that team and suddenly you go anywhere else – and then what’s in for you? You know what I’m trying to say”

Mosimane added that he is open to coaching the national teams particularly in the African continent where he dreams of lifting Africa Cup of Nations (AFCON) trophy.

“Yes, offers are there, but it must be the right project and yah I’m open even national teams-why not? Because maybe the only thing I haven’t won in the continent is the AFCON. Let’s do the AFCON maybe” Mosimane added.

Many Bafana Bafana fans never stopped picturing ‘Jingles’ as Bafana Bafana coach, but he says he doesn’t believe that if he were to contribute to national team football, it should be South Africa.

He also spoke about the Pitso Mosimane Soccer Schools project that has been endorsed by SAFA.

“I don’t believe that being with a national team, the football association or contributing to the football of the country then you must be a Bafana coach, I mean it’s part of that but it’s not the whole thing.

“So there are many things we could do with the football federation to support and develop football, so that’s what I’m doing and by the way it has nothing to do with the certificate I’m getting here today, but because Dr Jordaan spoke, he spoke further about my school sport and I’m glad he spoke about that its means they know what we are doing and it means good.

“Yes I did come to him-I had tea with him here, I gave him the vision that I am technical guy I don’t want to run-I don’t want problems with SAFA, Danone tournament I don’t want to go there, that’s not my space.”