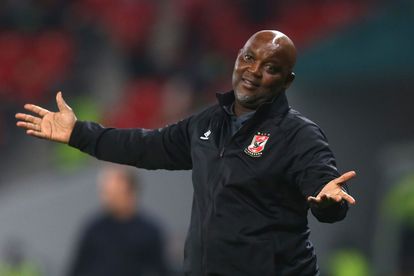 Al Ahly head coach Pitso Mosimane has lured yet another Orlando Pirates technical team member to join him in Egypt.

Cavin Johnson joined the quartet in North Africa at a later stage.

Now, with both Said and Johnson having left Al Ahly, Mosimane has according to Soccer Laduma wasted no time in replacing the former with highly rated Orlando Pirates technical analyst, Kyle Solomon.

In addition to joining Al Ahly, Solomon has also teamed up with the MT Sports stable which is run by Mosimane’s wife Moira Thlagale.

“We are proud to announce that @kylesolomon8 has joined our family. He is an accomplished Performance Analyst and until recently was with @orlandopirates. Kyle has now called @AlAhly his new home. Welcome Kyle, we’re looking forward to working with you #mtsportssignings” the agency tweeted from their official account.

As reported by The South African website, current El Gouna head coach Reda Shehata has been ear-marked to replace Johnson who, ironically, is poised for a move to Orlando Pirates.