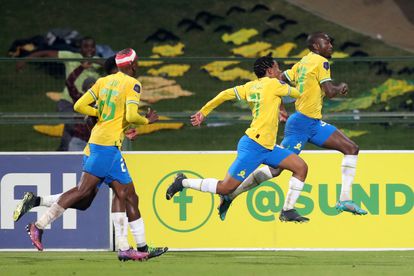 The first leg of the MTN8 semi-final between Pirates and Sundowns kicks off at 15:30 on Saturday, with the second leg set to take place at Peter Mokaba Stadium on 22 October.

We pick three players who could impact the Pirates-Sundowns result:

The Sundowns forward is an obvious pick considering he remains the key danger man for Masandawana, having carried plenty of momentum and confidence over into the new campaign after scoring goals for fun last season.

Shalulile also boasts a highly-impressive record against Pirates, having scored six goals in 10 games that he has been involved in.

Sundowns bolstered their squad with some astute recruits this past transfer window, and Shalulile now has an increased supply of quality ball to work with. Pirates will need to cut down his goal-scoring opportunities as a matter of priority on Saturday.

Ironically, someone who has spoken of Shalulile’s threats is none other than the man who will have a key role to play in keeping him under wraps.

Maela, who recently had a notable hit out with Bafana in a 4-0 win over Sierra Leone, will lead Pirates out on Saturday knowing that he needs to do just that: lead from the front.

All his experience and leadership qualities will need to come to the fore as the defender looks to unite his troops for a cohesive and close-knit performance that will be absolutely essential if the Buccaneers hope to dilute Sundowns’ attacking threats.

“We’re playing against a very good team, but we have a plan,” Maela said this week. “We know how to play the game and we must make sure that we don’t play the occasion, but play the game.”

The Bafana keeper has quickly settled in at Sundowns, where he has become an immediate regular in the starting lineup, while making his presence felt with some key interventions in front of goal.

It hasn’t taken Williams long to justify his move across to Sundowns, and his immense experience will be highly valued in a game of this importance on Saturday.

If the 30-year-old is at his best, Pirates could be in for a frustrating afternoon in front of goal, with Williams certainly having the ability to heavily influence the match outcome.