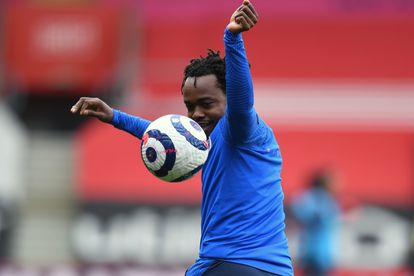 David Notoane has been handed a major boost ahead of the Olympics after Percy Tau was given permission to attend the Tokyo spectacle by his club Brighton and Hove Albion.

Brighton boss Graham Potter confirmed that the club will support South African star Percy Tau after he was called up as one of the over-age players in the under-23 Olympic preliminary squad.

“I think it is something we will speak with Percy Tau. If a player is selected for his country, we are happy for that.” Graham Potter said as quoted by The Argus.

“We should support that. It’s a big moment for him in his career and his family. So I would say yes, I would be happy for him. And then it’s about what he wants to do as well.”

While South Africa boasts a number of young attacking talents, the likes of Themba Zwane and Percy Tau will undoubtedly take their Olympics Squad to the next level.

The draw for the 2020 Olympics, which has been pushed back by a year due to COVID-19 will take place today in Zurich. Percy Tau along with his teammates will keep a close eye on the proceedings.