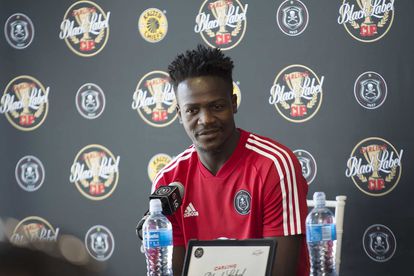 Orlando Pirates have released veteran defender Justice Chabalala as part of their squad overhaul ahead of the new season. Photo: BackpagePix

Orlando Pirates have released veteran defender Justice Chabalala as part of their squad overhaul ahead of the new season. Photo: BackpagePix

Josef Zinnbauer has made it clear that he would like to see the return of Justice Chabalala to Orlando Pirates after a successful loan spell with ‘Phunya Sele Sele‘.

Chabalala was instrumental in ensuring Bloemfontein Celtic avoid relegation in the 2020/21 DStv Premiership.

The 29-year-old former Pirates star has attracted the interest of several clubs aiming to secure his signature.

Chabalala’s agent, Ratshibvumo Mulovhedzi has confirmed that multiple teams across the country have expressed interest in the player.

“There are clubs that are interested in him here in Johannesburg, Durban, and Cape Town,” Mulovhedzi concluded.

Chabalala made 20 appearances across all competitions for Celtic during the recent campaign.

‘Phunya Sele Sele’ reached the 2020 Nedbank Cup final with Chabalala starting all of the team’s five matches, playing a key role on the pitch.

Mulovhedzi has confirmed that Zinnbauer has no intention of releasing the player. He will be bringing him back to Soweto to play for the Bucs.

This is where Chabalala belongs according to the Pirates coach. He will be a big part of their plans to rejuvenate the club next season.

“He is not going anywhere unless Pirates tells us otherwise, but the coach [Zinnbauer] told Justice that he wants him back at Pirates after their game against Celtic,” stated his agent.

Zinnbauer will not be letting go of his star, especially after seeing the form he is currently in.

“Yes, he is still an Orlando Pirates player and he is going back to Pirates. There is still interest from other clubs, but our only option is Pirates,” stated Mulovhedzi.

He will be brought back to the Houghton-based Soweto Giants after ending a truly inspirational loan stint for Celtic.

Zinnbauer is adamant that Chabalala will return to Pirates so expect to see him in the black and white of the Buccaneers next season.