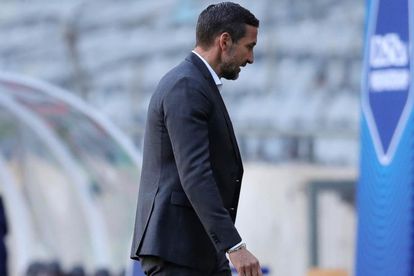 Orlando Pirates coach Josef Zinnbauer has reacted to his side’s early exit in the MTN8 following Saturday’s 2-1 defeat to Swallows.

A clearly disappointed Zinnbauer admitted that Pirates couldn’t find answers to questions posed by Swallows on the night, and ended up making mistakes that led to their rivals finding the back of the net.

“Bad, bad result. A bad start in the first half as well, we are disappointed,” Zinnbauer told reporters.

“No good solutions against the high pressure from Swallows. We made a lot of mistakes and we gave Swallows the chance to score,” he admitted.

However, Zinnbauer was a bit impressed with how his Pirates charges played in the second half, but at the time, the damage was already done as Swallows were 2-1 up.

“In the second half, we changed in some positions, we changed a little bit the structure in terms of the build-up and it was much better then, but it was not enough,” explained Zinnbauer.

The German mentor feels Pirates created enough goalscoring opportunities in the second 45 minutes, but they just couldn’t do enough to put them away.

“We had opportunities to score, normally you have to score two or three,” he added.