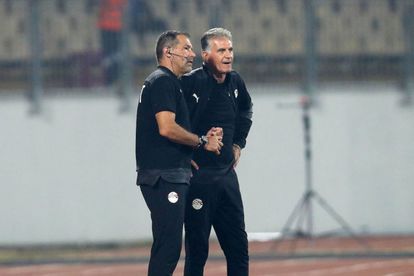 Former Orlando Pirates coach Roger de Sa has revealed that both himself and Egypt head coach Carlos Queiroz are in limbo.

De Sa has served as assistant to Queiroz. The Pharaohs finished as runners-up at the 2022 Africa Cup of Nations in Cameroon.

Egypt swept into the final but were unable to get past Senegal, inspired by Sadio Mane, leading to disappointment from fans.

De Sa said he was unsure what the future holds with Egypt but said that the top man is also in the same boat.

“I’ve got a contract with the Egypt national team until June, July then we’ll see after that.” De Sa told KickOff.

“The head coach is in the same situation as me, we both have the same contract.”

De Sa was a free agent when he joined the Egypt team, having just left GladAfrica Championship outfit Cape Town All Stars in 2021.

He is known to have a close working relationship with Queiroz, having worked with him when the former Bafana Bafana coach was the Portugal manager.

Expectations are high in Egypt, especially given the presence of arguably the best-attacking player in the world in their ranks.

Egypt are the most successful nation in AFCON history. They have seven title wins to their name but they have not won the cup since 2010.

When they hosted the event in 2019 they were bundled out of the tournament at the quarterfinal stage. After a 1-0 loss to South Africa.

Much of Egyptian fans impatience stems from their performance when it comes to the World Cup.

Egypt failed to qualify for the six World Cups between their 1990 and 2018 appearances.

The Pharaohs will face Senegal in a pair of high-stakes matches in March. The winner of the two-legged tie will go on to the 2022 World Cup.