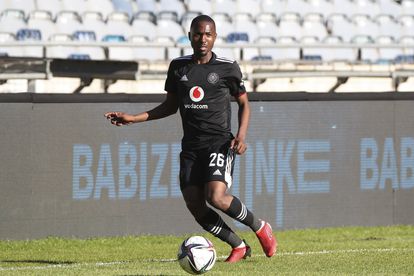 Orlando Pirates thrashed Royal Leopards side 6-2 in their CAF Confederation Cup Group B clash at the Mbombela Stadium on Sunday, with Shandu scoring the important equaliser to make it 2-2 in the 37th minute before the Buccaneers ran away with the result.

Quite remarkably, the impressive form of Shandu has now seen the defender climb to the top of the goalscoring charts, ahead of USGN’s Victorien Adebayor and RS Berkane’s Charki El Bahri.

“Shandu has been doing well. For a player who is playing in the position that he plays in to have scored so many goals, he’s in a good space. I just hope he continues doing that,” Ncikazi said during his post-match press conference, as quoted by KickOff.

“It’s important now going into the next matches [to consider] when to rotate and when to continue to playing him, and we have to manage that, but Shandu has been doing really well and we are proud of him.”

The win saw Orlando Pirates move to the top of the Group B standings with six points after three matches.

Orlando Pirates will next be in action in the DStv Premiership when they host Cape Town City FC on Wednesday, 2 March at 17:30.

They will also no doubt have one eye on the Soweto derby against Kaizer Chiefs on Saturday, 5 March at 15:30.