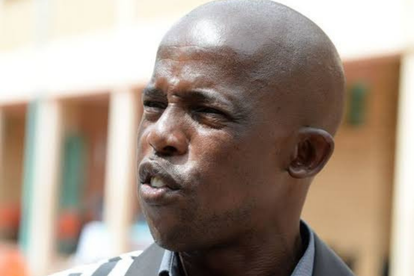 Junior Khanye has become one of Mzansi most celebrated pundits. Image: @BuzzLifenews / Twitter

Junior Khanye has become one of Mzansi most celebrated pundits. Image: @BuzzLifenews / Twitter

ORLANDO PIRATES LOSE TO AL-ITTIHAD IN THE CAF CONFEDERATION CUP

It was there where Bandile Shandu’s first-half brace was not enough to prevent a 3-2 loss. According to Junior Khanye’s analysis, the result could have been avoided if three Pirates players delivered better performances.

The ex-Kaizer Chiefs star has suggested goalkeeper Siyabonga Mpontshane, Fortune Makaringe, and Thembinkosi Lorch were largely responsible for the defeat.

“I’m disappointed in Mpontshane today, he could have done better in the last goal,” Khanye said via iDiskiTimes.

“His positioning was wrong, he could have saved it if he didn’t move from the post, he moved too much forward.

“Yes, I understand it was a good and well taken ball from Al-Ittihad, but where was he going? I’m disappointed in him.”

As for the central midfielder Makaringe and his attacking midfield teammate Lorch, Khanye feels the Orlando Pirates duo did not step up when the team needed them the most.

“I don’t understand Pirates’ coaches strategy, the team was poor and players lost the positions, it is very disappointing for a big team like them to play without strategy,” he added.

“You will not win a match without midfield. Lorch today was dropping, he was playing more of a right-back or sometimes in the centre. I’m disappointed with him and Makaringe today.”