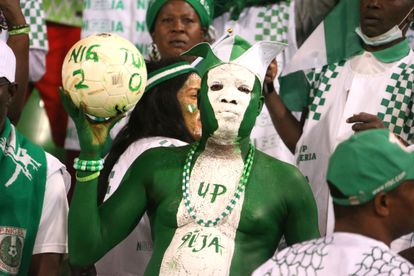 Tunisia shocked Nigeria and Burkina Faso edged Gabon on Sunday to set up an Africa Cup of Nations (AFCON) last-eight showdown, while minnows Comoros prepared to use an outfield player as a goalkeeper when they confront hosts Cameroon.

Veteran Youssef Msakni scored two minutes into the second half to give previously unimpressive Tunisia a 1-0 second-round triumph over 10-man Nigeria in Garoua.

Nigerian hopes of equalising were dealt a huge blow midway through the second half when Alex Iwobi, initially yellow-carded for a stamp on Msakni, was sent off after the referee looked at the VAR monitor.

READ | KAIZER CHIEFS LATEST: ‘SITHEBE WON’T BE AFFECTED BY BEING FROZEN OUT’

In the other last-16 match, Burkina Faso needed a penalty shootout to eliminate Gabon, who forced a 1-1 draw after extra time having played 56 minutes with 10 men following the dismissal of Sidney Obissa.

Substitute Ismahila Ouedraogo scored to give the Stallions a 7-6 shootout victory after Lloyd Palun had struck the woodwork for the gallant Gabonese in Limbe.

With all three goalkeepers unavailable due to positive Covid-19 tests and injury, giant-killers Comoros will place an outfield player between the posts when they tackle hosts Cameroon on Monday.

Whoever is chosen to don the gloves in Yaounde must face Vincent Aboubakar, the leading scorer so far in the flagship African tournament with five goals in three group matches.

Debutants Comoros, representing an Indian Ocean nation of less than one million people, stunned four-time champions Ghana to reach the second round as one of the four best third-placed teams.

The other last-16 showdown on Monday pits the other newcomers, Gambia, against Guinea, who will miss their suspended captain, Liverpool midfielder Naby Keita, in Bafoussam.

“My boys gave their all and I cannot fault them,” said caretaker Nigeria coach Augustine Eguavoen, who is now likely to revert to his technical director role with Portuguese Jose Peseiro taking over.

“A slight mistake gave Tunisia their only chance and they scored. We battled to break down their defence. We needed to move the ball quicker and be less predictable.

“I thought the red card was a bit harsh. It was his first offence and not an intentional foul. However, the referee is the boss on the pitch and we must respect his decisions.”

In a surprise-riddled tournament, another one arrived just after half-time in Garoua when Qatar-based Msakni put the one-time Cup of Nations champions ahead.

Playing in his seventh Cup of Nations, Msakni dribbled across the edge of the box before unleashing a curling shot that entered the net off the left arm of goalkeeper Maduka Okoye.

In added time, Nigeria had a good chance to level when substitute Umar Sadiq got behind the defence and fired across goalkeeper Bechir Ben Said only to see his shot trickle wide of the far post.

Burkina Faso appeared to have the victory sewn up in normal time thanks to a first-half goal from captain Bertrand Traore, who had earlier missed a penalty.

Gabon were reduced to 10 men when Obissa was dismissed midway through the second half, but they forced extra time as Adama Guira helped the ball into his net in the first minute of added time.

Qualification is a huge boost for Burkina Faso as the west African state deals with a jihadist insurgency.

On Sunday, gunfire was reported at army barracks around the country as soldiers staged mutinies to demand the sacking of leading members of the military, prompting fears of a coup.

“It was a crazy game and it was not easy to control our emotions,” said Burkina Faso coach Kamou Malo.

“We had chances to kill the tie earlier but that’s football. It could have gone either way, but we are delighted with the outcome.”

Gabon have never won a Cup of Nations knockout tie, but the Panthers can be proud of the way they battled in adversity to force extra time and penalties after the dismissal of Obissa.

The Panthers go home after a tournament overshadowed by the early departures of star striker Pierre-Emerick Aubameyang and influential midfielder Mario Lemina, both positive Covid cases.

“We tried to make up for losing them but you can’t easily replace international-class players like that,” said veteran coach Patrice Neveu.