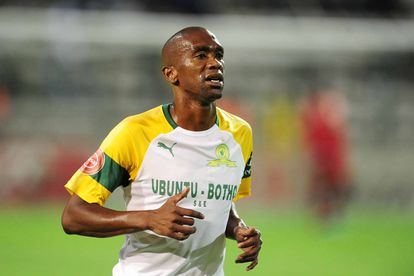 Ngcongca, 33-years-old, tragically passed away on 23 November 2020 after being involved in a devastating motor vehicle accident in KwaZulu-Natal.

Speaking at Anele Ngcongca’s funeral today in Gugulethu, Mngqithi didn’t hold back regarding his thoughts over the province’s failure to cater for the football star who brought an incredible amount of joy to the Western Cape during his lifetime.

“You knew you have never played any role in Anele’s success and you have deprived black people of Western Cape an opportunity to celebrate the son of the soil‚” the Mamelodi Sundowns coach said at Anele Ngcongca’s funeral.

“I wonder if it was a different race. I have seen so many people getting provincial funerals who I believe were not even worthy. I see someone who left this province as a young boy and went to shine the flag of the province. He represented you with pride‚ dignity and honour.

“He never failed you‚ everywhere we talk about someone who made Western Cape proud because of the accolades that Anele got‚ let alone playing for Bafana Bafana. I believe the black child in Gugulethu was denied an opportunity to see and celebrate a real role model‚ an opportunity to celebrate one of the best exports from this country.

“You may not like it‚ he was a defender and whatever he achieved it must be a clear signal that this is something to celebrate. We are fighting very hard to try and give our youth a development pathway so that they know that if I want to be successful‚ I must be humble‚ selfless and be humane, but these kids never got that opportunity.

“He was a diamond that came in a small package‚ but I am a nobody to be unhappy because if the leadership were honest‚ trustworthy and humane, they must have seen the need to honour Anele.”

Ngcongca had earned over 50 caps for Bafana Bafana while making over 400 club appearances in Belgium, France and South Africa before tragically passing on.