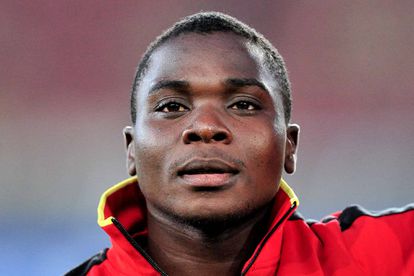 Mozambique’s Luis Miquissone says he chose to join Egyptian giants Al Ahly to “grow up and to face big challenges”.

He had spent three years as a Brazilians player, but was loaned out to Chippa United and Royal Eagles in South Africa and UD Songo in Mozambique.

Luis Miquissone was reportedly a target for Kaizer Chiefs in the most recent transfer window, but opted to join the Red Devils.

He said according to Soccer Laduma: “I received many offers during the previous period. I spoke with my agent, and we decided to come to Al Ahly.

“The club is so big, and their ambitions have no limits. I want to help the team win trophies. As a player, I also need to be part of this and to get my chance to help the team.

“I need to grow up and to face big challenges, so that is why I chose Al Ahly. They need to win everything, and I need to be part of this. Any player dreams of playing in the FIFA Club World Cup. It will be a great experience for me.

“The relationship I have with coach Pitso Mosimane is amazing. When I was a player at Simba, I faced Al Ahly and it was great to see him. I spoke about him in a previous interview, and I said that he was the coach who helped me reach my peak and grow up as a footballer.”

Luis Miquissone is just one of a number of new signings by Pitso Mosimane’s Al Ahly side who have also recruited – most notably – Bafana Bafana star Percy Tau.

All Blacks plan to hit Ireland with brutal, no-frills rugby