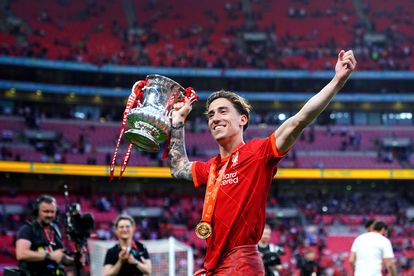 Liverpool won the FA Cup for the eighth time after beating Chelsea 6-5 on penalties at Wembley on Saturday 14 May 2022.

The Reds reacted to the triumph with celebrations that were reserved given their pursuit of yet more glory this season.

Liverpool skipper Jordan Henderson said: “We had chances, we just couldn’t put one away. We kept going. I think in extra-time both teams tired a little bit but we give it everything. Then it went to penalties again and thankfully we’ve got the rub of the green again.”

When quizzed on Alisson’s performance, Henderson said: “Not enough good words! He’s unbelievable. Incredible. In games – everything; build-up, shot-stopping, his all-round personality in the dressing room. As he is as a man – incredible.”

The skipper had faith in Kostas Tsimikas to bury the winner.

“Kostas has been good at pens. We’ve been practising them and he was good, so I was full of confidence when he stepped up.”

Liverpool made a big effort to do well in every competition this season says the skipper and the FA Cup win gives them confidence.

Alisson said the FA Cup final victory against Chelsea on penalties would give Liverpool a huge confidence boost.

“We kept a clean sheet, it went to penalties and after the boys were unbelievable with scoring the goals and then I just needed to save the last one. I am so happy.”

He added: “That is part of the ‘mentality monsters’ as well, going to extra-time and keeping the high level, performing well.

“It gives us even more confidence to keep on going for the Premier League and also the Champions League final.

“This is a fantastic moment and now we just need to enjoy it.”

Tsimikas said that he asked to go seventh in the shootout in order to have a chance to win the match.

The Reds hero said: “It’s very, very special for me. The manager asked me which number I want. I said number seven. He said, ‘Why so far?’ I said, ‘I want number seven.’ Number seven gave me the opportunity to win the game, I chose the right side and I scored – very, very happy for that.”