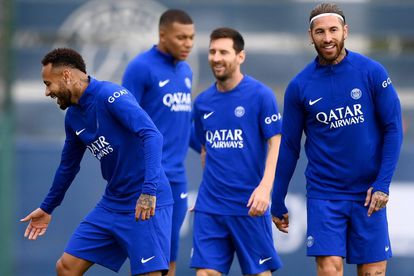 Inter Miami are close to agreeing a record-breaking deal with Lionel Messi.

The MLS club club is confident that the Argentinian superstar will sign after the World Cup in Qatar. That’s according to The Times. The Miami franchise, co-owned by David Beckham, expects Messi to move from PSG at the end of the 2022-23 season, in a deal that would make the 35-year-old the highest-paid player in the history of MLS.

Messi to link up with Becks in Miami?

The Times also reckons that David Beckham and co will try to recruit Luis Suarez and Cesc Cesc Fàbregas, players Messi knows well having played alongside both at Barcelona.

Messi struggled to adapt to life in Paris in his first season with the club, but he’s been thriving in 2022-23 as their chief creator. No player across Europe’s top five leagues has more than his 10 assists in Ligue 1, which he has amassed after just 13 games.

The great man was on hand to inspire Argentina to a much-needed win over Mexico, meaning that qualification for the final 16 is still in their hands. it’s all to play or though in Group C, as each of the four sides still has designs on progressing.