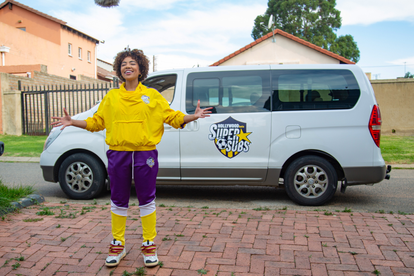 For years, South Africans have had to turn their backs on their favourite soccer team. Instead of watching the game, they’ve been called up to attend to things that aren’t as important as soccer, like grocery shopping, mowing the lawn, doing housework, DIY and so much more. That ends as Hollywoodbets has just the solution for avid soccer fans.

Introducing Hollywoodbets Super Subs – where star substitutes get involved to take care of fans’ duties while they get to watch the game.

Amanda du-Pont, South African Actress, came to Molema Mashigo’s rescue when she was named the first Super Sub of the campaign. Du-Pont took over the tongs when she was tasked to braai for Mashigo and her friends while they got to enjoy an exciting game before feasting on flame-grilled braai meat and tasty salads.

Remember, you could have a Super Sub take over your duties too! To enter, comment on any of Hollywoodbets’ Super Sub posts on social media and what you would like the sub to do for you while you enjoy the game.

Blitzboks at New Zealand Sevens: Who they play – and when