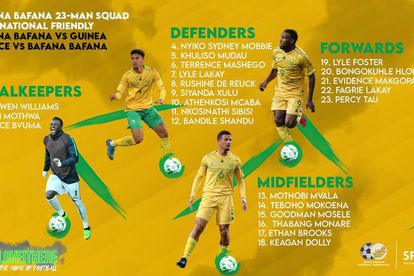 Bafana Bafana coach Hugo Broos showed his hand on Monday when he unveiled the final squad to face France and Guinea in friendly internationals to be played in Europe later this month.

Vote in the poll below and let us know what you think of the selections made by Broos:

The final Bafana squad can be seen below: