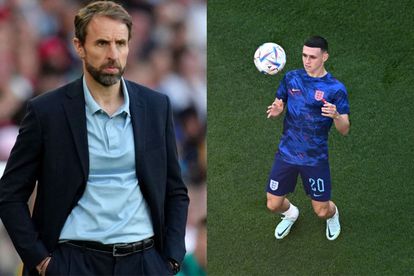 Gareth Southgate believes he made the right call. Photos: AFP

Gareth Southgate believes he made the right call. Photos: AFP

England manager Gareth Southgate was eager to shut down any conjecture around potential substitutions in his side’s stalemate with the United States.

Speaking after the match, Southgate insisted that any substitutions would draw criticism England couldn’t win.

Why did Gareth Southgate leave Phil Foden on the bench

The USA created the better chances of the match with the Three Lions looking bereft of ideas in the final third.

Southgate feels that he could not afford to be undermanned defensively in the middle of the park.

He explained his tactics: “Whichever one of our forwards we didn’t put on and we didn’t win the game, I was going to be sitting here answering the question as to why I didn’t put them on,” Southgate said on Sky Sports.

“We wanted to change the wide areas. We didn’t think it was a game for Phil in the middle because he doesn’t play there for his club.

“Defensively, it was a really complicated game for the midfield three to work out. It’s partly why we felt Hendo [Jordan Henderson] could help us at that moment as well as giving Jude [Bellingham] the physical rest.

ALSO READ: Who are Kaizer Chiefs’ most valuable players?

“It was a game for experience in that middle area, so then it was a decision on the wide players and we thought Marcus [Rashford]’s speed would be important and give us something different, and we put Jack [Grealish] on just before that at a time when we weren’t getting hold of the ball and we felt he could carry it up the pitch to relieve some pressure on our middle third.

“Without doubt we could have gone with Phil as he’s a super player and we love him. Maybe, things could’ve been different, but that was the choice we went with on the night.”

Despite the result England are still well-placed to progress from their group.