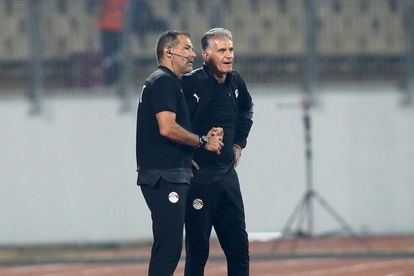 De Sa, who helped Egypt to a 2-1 over Morocco in the African Cup of Nations quarter-finals was involved in an altercation between him and Moroccan Football Federation President Faouzi Lekjaa, who is also a CAF Executive Committee and FIFA Council member.

READ | NCIKAZI: WHAT’S NEEDED ‘TO BRING A MESSI TO PIRATES’!

The CAF Disciplinary Board which is chaired by another South African, Raymond Hack, has now handed down judgement on the matter.

The statement, which refers to De SA, can be found below:

The CAF Disciplinary Board met on the post-match incident that occurred at Ahmadou Ahidjo Stadium during the Africa Cup of Nations fixtures: Egypt vs Morocco and Senegal vs Equatorial Guinea.

The Disciplinary Board charged Egypt and Morocco players and officials with misconduct and bringing the game into disrepute.

The officials of the above-mentioned match indicated in their reports that at the end of the match, there were altercations between Egypt assistant coach Rogerio Paulo Dos Santos Cesar De Sa and the President of the Moroccan FA Mr. Fouzi Lekjaa. A general fight followed in which Morocco player Sofian Boufal and Egypt player Marwan Mostafa Daoud were identified.

–       To suspend Egypt assistant coach, Mr. Rogerio Paulo Dos Santos Cesar De Sa for four matches; namely match no. 50 (Semi Final) and match no. 52 (Final) or match no. 51 (3rd Place match) in addition to his next two matches with his national team, for using an obscene gesture, and to impose a fine of 10.000 USD on Egyptian Federation.

Further details on the judgement can be found here

AFCON 2021: JUST FOUR REMAIN! WHO THE BOOKIES BELIEVE WILL WIN