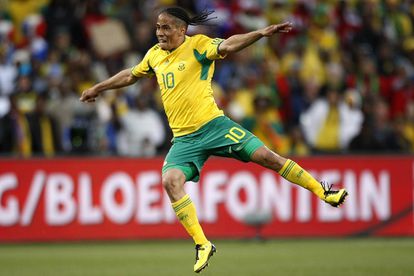 Since hanging up his boots in 2018, Pienaar – who was one of the most revered Bafana Bafana players – has stepped into the coaching world, working at youth level with his former club Ajax Amsterdam.

Attempts to secure his UEFA Pro license have been negatively impacted by the COVID-19 pandemic, but it hasn’t dimmed his ultimate ambitions.

“Obviously it’s a dream for every player or manager to coach your national team and that dream is still with me. I know I am only at the beginning of my coaching career, but that’s one of the plans I want for myself,” Pienaar told the Made in Africa podcast.

“If God is with me and he’ll open that door for me and one day hopefully I’ll reach that goal,” he said.

The draw for 2023 Africa Cup of Nations qualifiers was concluded in Johannesburg last month, with Bafana Bafana placed in Group K alongside Zimbabwe, Liberia and Morocco in what is sure to be a challenging group for them.

READ | KAIZER CHIEFS: TEENAGE SENSATION ON THE BRINK OF SIGNING FOR LA LIGA SIDE!

However, it’s interesting to note that Jordaan has suggested there is “no jeopardy” to Broos’ job if South Africa fails to make it to the Ivory Coast, which may well be an important message to reduce any unnecessary pressure at this point.

“No, there are no what-ifs. We wish the team and the coach (Broos) all the best, and we are going to give him all the support. The ball is in his court.”

However, Broos has previously stated there can be no excuses for failing to qualify.

THE 2023 AFCON QUALIFIERS DRAW IN FULL, WITH BAFANA IN GROUP K

HOW ARE THE TEAMS WERE SEEDED