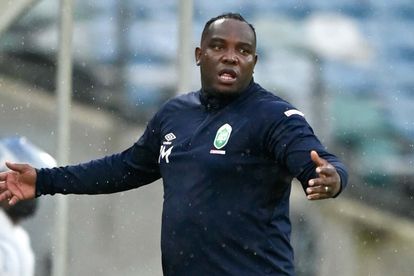 After the recent axing of Stuart Baxter, Amakhosi once again placed assistant coaches Arthur Zwane and Dillon Sheppard in temporary charge of the team.

Despite a disappointing run of results, signs have slowly begun to suggest that things could be turning around for Chiefs, with many starting to feel that Zwane should be handed the job permanently.

Meanwhile, Orlando Pirates claimed a priceless victory in their first leg CAF Confederation Cup semi-final against Al Ahly Tripoli in Libya on Sunday, and if they can go all the way to achieve title success, it could serve to save what has otherwise been an underwhelming season.

The Buccaneers won 2-0 to take a handy lead into the second leg next Sunday, 15 May at the Orlando Stadium. Kick-off is scheduled for 18:00.

Despite this result, Pirates are dwindling down in sixth place on the DStv Premiership log, while the Soweto giants also crashed out of the last 16 of the Nedbank Cup.

Former Pirates striker Andries Sebola – as quoted by KickOff.com – has now called for co-coaches Mandla Ncikazi and Fadlu Davids to rather make way for someone like Benni McCarthy, who is without a job after being let go by AmaZulu.

There has also been plenty of talk in local football circles suggesting that McCarthy would be a great fit at Chiefs if they opted to bring in a newcomer to take Baxter’s vacated spot.

However, on Friday, McCarthy downplayed all that talk, as quoted by iDiski Times.

“Last time I checked Arthur Zwane was still in charge, and doing a fantastically great job,” McCarthy responded to questions about being linked to Chiefs.

“A young coach, why not? So ja, I think that job is not vacant, because it’s occupied by Arthur Zwane and he is doing an incredible job.

“So, you know, well done to him, he deserves his opportunity. I wish Arthur the best for the remaining matches in the league and for Kaizer Chiefs.

“And my old club, Orlando Pirates, I wish them all the best in the second leg for qualifications for the final of the Confederation Cup. Coach Mandla, great guy, good friend of mine.

“So I want nothing but success for him. So I wish him everything of the best in that endeavours, and me being linked to both, it’s just a rumour. Don’t take anything serious about rumours.”