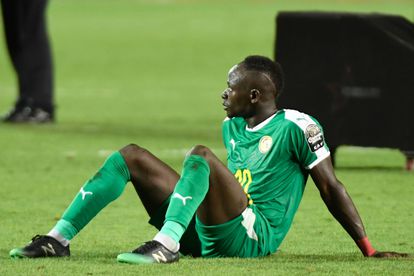 Sadio Mane will be the man to watch in the Senegal side in their Africa Cup of Nations (AFCON) semi-final against Burkina Faso. Photo: Khaled DESOUKI / AFP

Sadio Mane will be the man to watch in the Senegal side in their Africa Cup of Nations (AFCON) semi-final against Burkina Faso. Photo: Khaled DESOUKI / AFP

Africa has long provided a rich source of talented footballers for leagues around the world but the continent has tasted little success on the global stage.

While there are a number of factors that have hampered development across the continent there is little doubt that FIFA have played their part in keeping Africa down.

FIFA puts Africa on the back burner

It was only in 1982 that Africa was afforded a second place in the FIFA world cup. Cameroon’s exploits at Italia 90 sparked hopes that Africa would fulfil its tremendous footballing potential and prompted Brazilian legend Pele to predict that an African side would win the World Cup before the year 2000.

While Africa was given an expanded five slots in the showpiece when it swelled to a 32-nation event in 1998, the last eight remains the furthest any team from the continent has got in the World Cup.

Senegal made a sensational debut at the 2002 World Cup reaching the quarterfinals and then in 2010 Ghana were sent crashing out at the same stage in controversial circumstances. Nigeria are the only African side to reach the World Cup knockout stages on more than one occasion. The Super Eagles were the toast of the 1994 World Cup but their golden generation ultimately couldn’t achieve any sort of global success, despite reaching the last 16 again in 1998 and most recently exiting at the same stage in 2014.

In 2018 no African side reached the last 16, and any notion that progress was being made was well and truly dispelled.

It would be naive to suggest that the continent’s only problem is a lack of places at the World Cup, however it is worth noting that CAF sports 54 full members and two associates while the only confederation with more members is UEFA with 55 nations.

UEFA has been granted 13 places at the World Cup for the last three editions, and will have the same number at the 2022 showpiece, while Africa has had just five spots.

For the 2026 World Cup Africa will see this expand to nine entrants while UEFA’s numbers will further swell to 16, arguably without any good reason other than maintaining football’s status quo. The extra three spots could and should have been split between Africa and Asia, whose confederation has 46 full members competing for what will be eight places at the 2026 World Cup. Asia has just four and a half spots.

FIFA’s decision to add extra European participants betrays the clear bias the organisation has towards its traditional base.

African football is highly competitive with AFCON sporting 14 different winners, while the Euros have only been won by 10 countries.

Completing a World Cup qualifying campaign in Africa is inarguably a greater ordeal than that which faces European nations even before the impact of social, political and economic issues are factored in.

While we all know that life isn’t fair, sport should endeavour to level the playing field where possible and to do that Africa needs more space at the World Cup table.

Bafana Bafana record vs Ethiopia: How the boys have fared against the North Africans