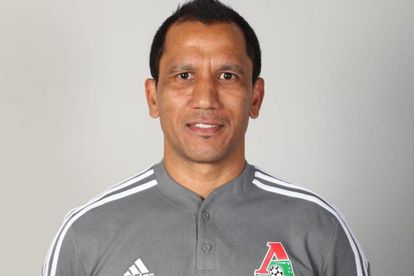 The news was confirmed by the club on their official website and the 41-year-old has already begun his task in training.

ALSO READ: LYLE LAKAY ON MAMELODI SUNDOWNS EXIT: ‘IT WAS A SHOCK TO ME’

Last season, Davids was working as an interim co-coach alongside Mandla Ncikazi at Orlando Pirates before he parted ways with the club in June.

Prior to jetting off to Russia, Davids was linked with the Swallows job which is now likely to be offered to Ernst Middendorp.

The former Maritzburg United mentor has expressed his delight after joining Lokomotiv Moscow.

“It’s a major honor being a part of such a huge institution of Russian football,” Davids said in the club’s statement.

“Lokomotiv Moscow is well known amongst South African fans as it was the club of the late Jacob Lekgetho many years ago.

“I am here to be part of the future success of the club and it all starts today.”