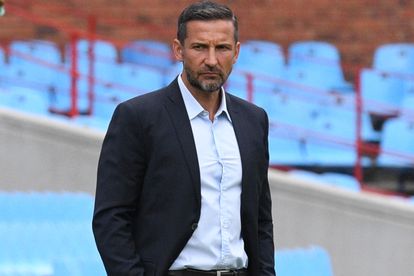 The Warriors parted ways with Croatian coach Zdravko Logarusic after a disappointing start to their 2022 Soccer World Cup qualifying campaign – which included a home draw against Bafana Bafana and an away loss to Ethiopia.

The Zimbabwe Football Association (ZIFA) brought in Norman Mapeza on an interim basis and are reportedly looking to appoint a permanent coach prior to next year’s Africa Cup of Nations (AFCON) tournament.

Bulawayo 24 have reported that a number of high profile coaches have put their names forward for the hot seat – including the former Buccaneers coach.

Josef Zinnbauer dropped a bombshell when he quit his role at the Soweto giants just days ahead of the current DStv Premiership season.

In the interim, Mapeza will continue to lead the Warriors in their upcoming back-to-back 2022 Soccer World Cup qualifiers against Ghana next month.

Former Liverpool legend Bruce Grobbelaar is reportedly also among the names in the hat for the Zimbabwe role.